Holly Willoughby is set to team up with her husband Dan Baldwin for an exciting new project in the coming weeks.

The This Morning star will feature in Bradley Walsh’s new ITV show Late Night Guestlist, while her hubby is down as the executive producer.

As the managing director of company Hungry Bear Media, Dan has previously produced shows such as The Chase, and actually met his wife while they were both working on kids show Ministry of Mayhem. 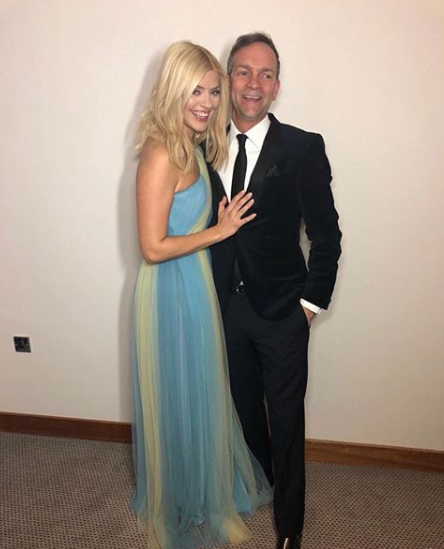 Revealing his excitement for the new programme, Dan – who shares kids Harry, nine, Belle, eight, and Chester, four, with Holly – said, “We are really excited to be teaming up with Brad again. After the huge success of ‘Breaking Dad’ on ITV, we are going to emulate that with this brilliant entertainment show.”

Speaking to Female First, he added, “You will see Brad at his very best, entertaining huge A-list stars and the audience, both at home and in the studio.”

The one-off telly special will see 58-year-old Bradley welcome a host of celeb guests including Holly, Piers Morgan as well as Emma Bunton and her partner Jade Jones.

Holly and Dan tied the knot in 2007 after dating for three years, and recently celebrated their ten year anniversary together by jetting on a romantic holiday together.

At the time, the Dancing On Ice host revealed the secret behind their marriage was lots of laughter.

She previously told The Sun, “I mean obviously I really love Dan. We really have a good laugh together and I don’t want to sound like a massive cliché but we get on really well.

“I rely on him for a lot of stuff. I think we just work better as a pair so that helps.”

In a separate interview with Woman & Home, Holly also confessed of her hubby, “I knew he was ‘The One’ pretty quickly but we kept it a secret for eight months because I didn’t want to give anyone a reason to be annoyed with us.”