But after appearing alongside BFF Phillip Schofield on the ITV show today, viewers were left a little distracted by the 38-year-old’s tanned appearance.

Yup, after a sun-soaked getaway to the Maldives with her family, Holly was looking fresh-faced and bronzed while wearing a pink jumper and multi-coloured maxi dress – but many fans aren’t convinced her colour is 100% natural. 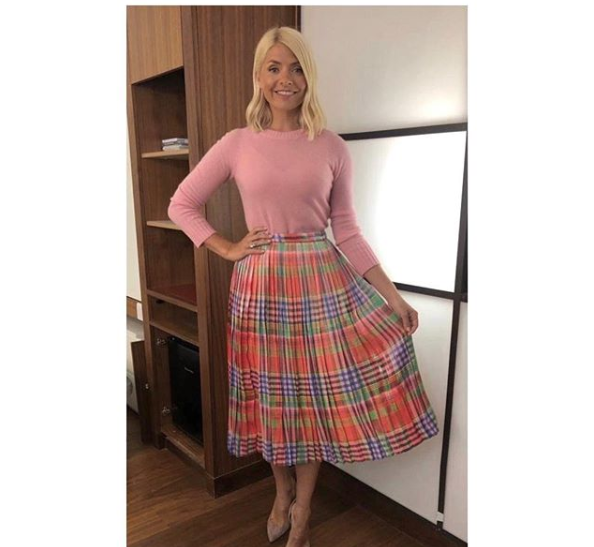 “Was holly this tanned yesterday #ThisMorning,” one Twitter user asked.

Another follower added, “#ThisMorning love Holly but does look like a oompah loompah today. #orange.”

“Did Holly get sunburnt on her break? Her face is aweful “tanned” #ThisMorning,”asked a third, while a fourth agreed: “What’s going on with Holly’s tan? #ThisMorning”

Another joked she has been following in the footsteps of Good Morning Britain’s Richard Madeley, as they wrote, “#ThisMorning Is Holly Willoughby using Richard Madeley’s make-up artist?”

This comes as Holly gave fans a glimpse into her luxury holiday at the five-star Six Senses Laamu resort with husband Dan Baldwin and their three kids Harry, nine, Belle, eight, and four-year-old Chester over the weekend.

In one photo, Holly can be seen posing on a bicycle wearing a flowing white dress paired with a straw sunhat, grinning for the camera amongst the stunning island greenery. 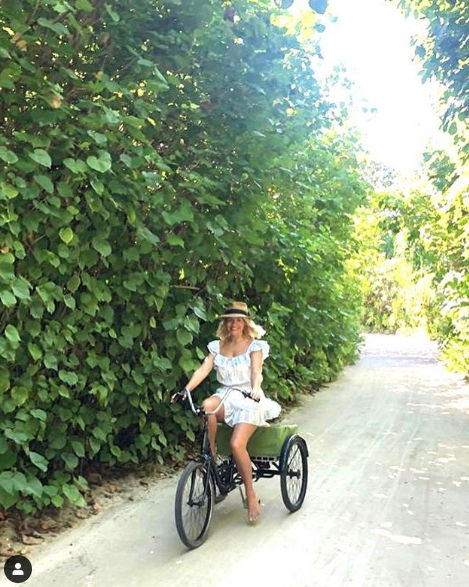 Alongside the snapshot of the blissful vacay, the telly star penned a caption while reminiscing on the sun soaked trip.

She wrote, “Back to school… wish I’d arrived like this today! Holiday beginning to feel like a distant memory but the benefits are staying strong 🙌🏻.”

And during her trip, Holly even bumped into her TV pal Davina McCall, as they both enjoyed a surfing session.

Well, we’re glad to have you back on our screens Holly!