David Beckham and Victoria Beckham might be busy parents of four with their own business empires, but it looks like they still have time for each other.

And while taking a break from work, the A-List pair enjoyed a very special date night as they headed to a London restaurant for a spot of fine dining.

Sharing a glimpse into his evening, football star David posted multiple videos of the pair enjoying some Middle Eastern food from eatery Coal Office based in Kings Cross.

In one clip, 43-year-old David’s plate can be seen piled high with colourful food, meanwhile a second video captures the restaurant come alive with music. 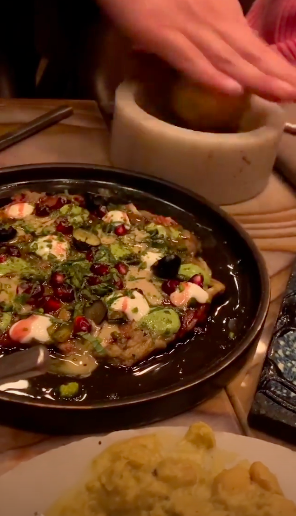 Far from your average candlelit dinner, the waiters can be seen dancing around the couple while delicious-looking desserts are laid out in front of them, covering the table in an unusual design.

And while we think the display looks more like a piece of art than food, Becks clearly enjoyed it as he later took to Instagram with the simple word ‘yum’. 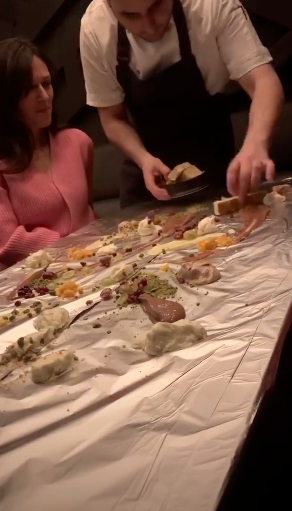 Although 44-year-old Victoria doesn’t feature in her hubby’s social media posts – with the videos only showing a glimpse of one of their female pals – the restaurant has since thanked the A-List pair for tasting their menu.

“It was fun treating David and Victoria Beckham to our Josperized Aubergine and plenty of other Jerusalem dishes!,” they wrote alongside a video. 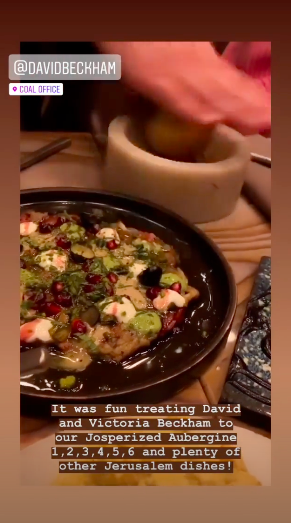 They also joked their dessert was “wider than a football pitch,” before adding, “Guess we passed the test, thanks for coming @davidbeckham.”

Meanwhile, David’s posts come after Victoria praised her husband when she was asked about celebrating their 20th wedding anniversary this year.

“With David I really found my soulmate. He’s a great husband [and] a fantastic dad. He’s the best dad. He really is.”