They might have split up in 2006, but it looks like Kerry Katona and her Dancing On Ice ex Brian McFadden have put the past behind them.

In fact, the pair are on such good terms that Kerry, 38, supported Brian by cheering him on during his latest performance on the ITV show.

Taking the two daughters they share – Molly, 17, and Lilly-Sue, 16, – as well as her three other kids, the family enjoyed an evening at the ice rink in Hertfordshire.

Sharing a photo on Instagram, the star can be seen posing with their whole brood from the audience while they all smile at the camera, along with the caption: ‘@dancingonice.’

Another series of photos sees the family posing with the stars of the show including Wes Nelson and Gemma Collins.

Fans of the star thought the photos were adorable, as one wrote, “Great family Kerry xx.”

And a second added, “So lovely that you can co-parent nd include your other children too Kerry.”

While a third agreed, “Awwh this is so cute @kerrykatona7 @brianmcfadden123Co parenting goals 💖💖.”

Meanwhile, it was also a big day for Kerry and Brian’s daughter Lilly Sue, as she turned 16 on Sunday as well.

And Brian made sure she had a day to remember as he got the audience sing out birthday wishes for her. 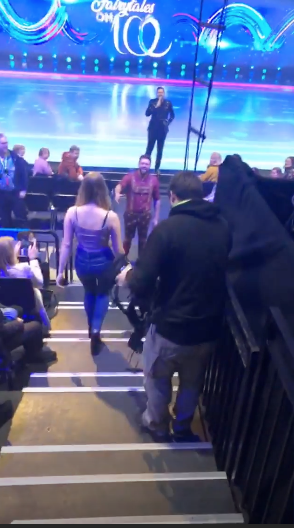 Kerry captured the sweet moment on her Instagram Stories, which sees the teenager running to hug her proud dad.

This comes after Kerry – who was married to former Westlife star Brian from 2002 to 2006 – recently hit out at him calling him a ‘d**khead’ after he described marriage as ‘disposable’.

Writing in her new! Magazine column, she said, “He can be a right d***head, that ex-husband of mine. Brian went on ‘Loose Women’ and said that marriage was ‘disposable’ and ‘just a party.’ 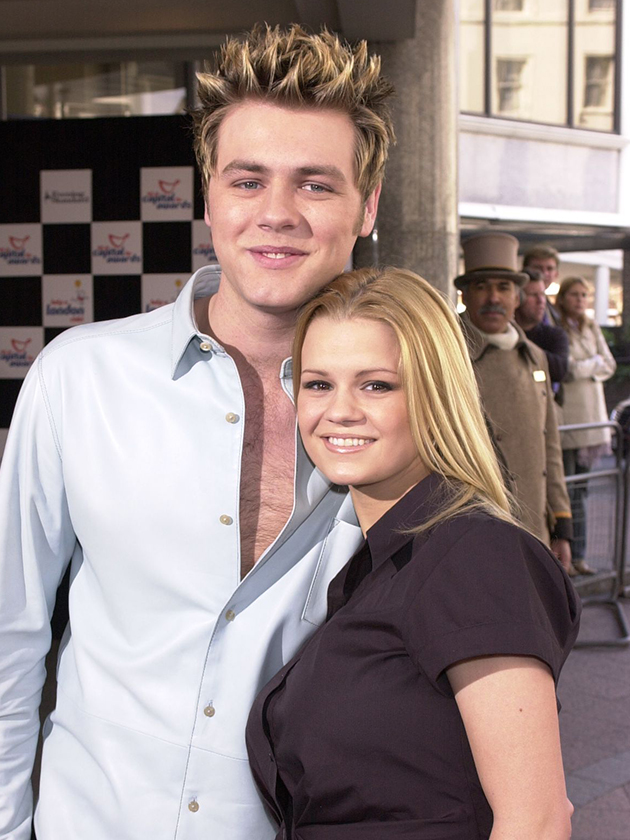 “I get it – he has a girlfriend and has to be respectful, but it was a weird thing to say considering he was married to me.

“He’s always going to be in my life and I wish him well, but my side of the story is very different.

“In my opinion, it was my favourite marriage and I’m not going to let him take that away from me.”

Well, it seems as though these two have settled their differences!