Former Loose Women star Carol McGiffin has recently hit out at the popular ITV show, after it became apparent that she had been left out of the programme’s 18th birthday celebrations on Friday 8th September.

The former Loose Lady, 57, had been on the show for a whopping 13 years before quitting back in 2013, and racked up a record number of appearances on the panel, starring in 1,174 live shows.

So Carol is perhaps understandably a little miffed about being missed out from the show’s birthday celebrations, which include an 18th birthday trailer, a week of special episodes, and the return of some former Loose Women stars on 8th September’s episode.

She took to Twitter to criticise Loose Women for not inviting her back, answering fans questions about whether she was returning to the programme for its birthday show.

Of the live show reunion, one fan wrote, I hope @McGiff will be there”, to which Carol sarcastically responded, “Don’t be daft Aaron, I only did 13 years and over 1,000 shows, why would I even be asked???!!!xxx”

And when one fan asked her to confirm that she wasn’t invited back, she said, “Hahaha no…!!! x”

Another Twitter user also mentioned to the former star of the show that they’d noticed her face hadn’t been shown in any of the archive footage of the show, which has been used to promote Friday’s live episode. 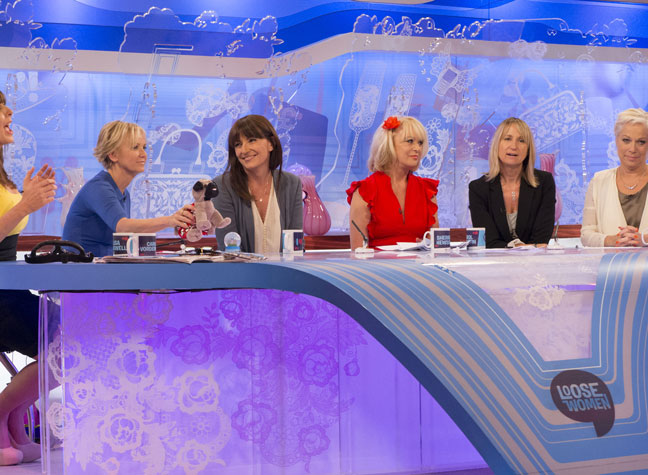 And clearly the realisation has upset Carol after her years of work on the programme, who replied,  ‘You’re not the only one who noticed….it’s not like they didn’t have a lot of material to choose from! #1,174shows’, referencing her extensive history with the programme.

Carol even criticised the current panellists on the programme when asked if she’d done anything to upset show producers, saying “Maybe it’s because We (the old gang) left and the show stopped winning awards? Who knows? X”

One fan also mentioned the fact that she had been including in at least one photo to commemorate the show’s 18th year, to which she sarcastically responded, ‘Phew! So I was there….it wasn’t a dream?’

And after the official Loose Women account posted an old picture of former panellists, including Carol, Sherrie Hewson and Kerry Katona, she slammed the programme, saying, ‘Yeah, don’t miss the show because sooooo many of those ‘incredible’ women won’t be on it!’

Responding to a fan’s tweet, she even admitted that she felt as though she’d been ‘airbrushed from LW history’.

Fans were quick to rush to Carol’s defence after the supposed slight from the ITV programme, with many lauding her as one of the best panellists Loose Women has ever seen.

Others also criticised the show’s decision not to include her.

Speculating on why Carol might not have been invited back on to the show, some fans have surmised that her recent comments on a new hire to the show, Katie Price, may have swayed producers against her.

In an interview with our sister site Woman in 2016, Carol branded the programme desperate, saying she couldn’t believe the other panellists would be willing to host alongside Katie.

“I don’t know what she’s doing there. But she’s got a lot of Twitter followers, and they’re desperate for viewers. I can’t believe those women [panellists] are sitting with her.

“Where’s their self-respect? That’s why the show is so different, because they’re going for people with a lot of fans.”

And it seems that another former Loose Woman Denise Welch was also excluded from the birthday celebrations. After fans questioned her about whether she’d return, she responded, “I wasn’t asked to be part of the @loosewomen celebrations.”