Amanda Holden took to Instagram last night to share a scorching bikini snap after the Britain’s Got Talent’s series launch.

The BGT judge, 48, who is currently sunning herself on a luxury getaway to Dubai, showed off her mega-tanned figure in a skimpy, yellow bikini.

Telly star Amanda can be seen sporting a pair of oversized sunnies and holding a large glass of bubbly as she reclines on the poolside.

Britain’s Got Talent returned to TV screens on Sunday, raking in a record breaking 9.7 million viewers. See the photo HERE!

And telly star Amanda was sure to celebrate the achievement in the form of a saucy Insta’ snap, captioning the mega-glam pic with the message, “Thankyou for making @BGT the highest rated show of 2019 #cheers ♥”

Many of the actress’s celeb pals were quick to comment on the proud moment, with former Geordie Shore star Vicky Pattison, 31, writing, “Go on girlllllll😍😍😍😍,” while Celebrity Juice frontman, Keith Lemon, 45, added, “Hurrraaaah!!”

Amanda showed just how loyal she is to her spot on the BGT judging panel last week, when she revealed that the only way TV bosses will get her to leave the show is by sacking her. 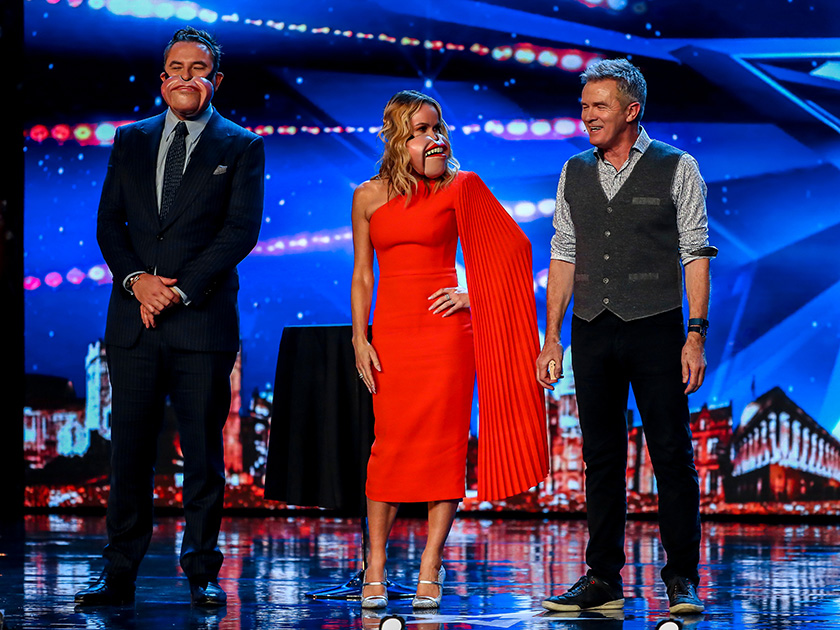 The mum-of-two joked, “I can’t ever imagine not doing it. When I do leave I want it to be on my own terms. So I’ll be like, ‘If you’re sacking me then give me a heads up and I’ll do a speech about giving up my chair for someone else!'”

‘I’ll never voluntarily go, I love this show too much and I just think that for as long as it’s going I want to be a part of it.

“It’s the beating heart of Britain, I do believe that. I think each one of us plays a part in that, there’s a reason why we’re all still there. It’s the best show on TV.”