Spending your very first Christmas with the royal family is bound to be a rather daunting experience, but it seems Prince Harry’s fiancée Meghan Markle swept through the important milestone occasion with ease.

Prince Harry has himself admitted that the whole royal clan were “delighted” to have the former actress with them for the special day at Sandringham, and that he and Meghan really enjoyed running around after Harry’s niece and nephew, Princess Charlotte and Prince George.

But when it comes to gifts, picking out the right one for each member of the royal family was sure to be a daunting task for newbie Meghan. After all, what do you get for the people who likely have everything they want/need?

However, it appears that Meghan actually breezed through the gift-giving – particularly when it came to her present for none other than Her Majesty, the Queen.

In true royal family tradition, former actress Meghan opted for a comical present for the monarch. It’s said that the family always buy each other small, humorous presents for the big day.

And reportedly, Meghan’s choice was a winning buy, given that it left the Queen in hysterics. 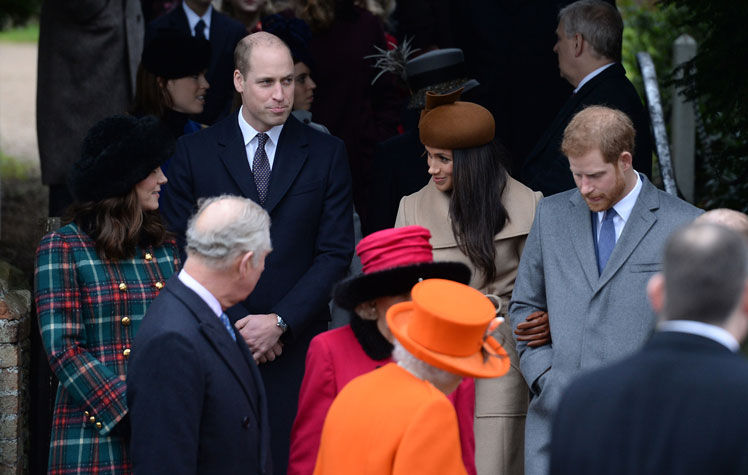 A source, speaking to the Daily Star, revealed, “Meghan bought a little hamster that sings with a little rope for Her Majesty.

“It was so funny, especially when the corgis tried to take hold of the toy. She (the Queen) laughed and said ‘they can keep my dogs company!'”

The publication also claims that Meghan bared no bones over making fun of her soon-to-be brother in law Prince William too, with another tounge-in-cheek gift.

In comparison, the Duchess of Cambridge made a rather more traditional choice of gift when it came to her Christmas present for the Queen last year.

The BBC reported that Catherine worried about her gift of homemade chutney, which she chose to make herself.

“I thought “I’ll make her something. Which could have gone horribly wrong”, she admitted.

“But luckily, it all went well.

“I was slightly worried about it, but I noticed the next day that it was on the table.”

Well, at least we know what to get the royals if we’re ever invited round for Christmas day lunch!