Are things getting awkward between these two?

With just days left until the Strictly Come Dancing final, it looks like tensions are boiling over in the run up to Saturday night.

In fact, new reports have suggested fan favourites Faye Tozer and Giovanni Pernice have been clashing behind the scenes, with their working relationship becoming “incredibly volatile”.

“Faye and Giovanni have been struggling with the pressure and have both been ranting behind each other’s back,” an insider revealed.

Speaking to The Sun, they continued, “Giovanni is fiercely competitive and wants to win, but he knows they don’t have a hope in hell, as Stacey and Joe are both so popular with fans, Faye is sensitive, and after weeks of relentless training, she is feeling quite emotional. 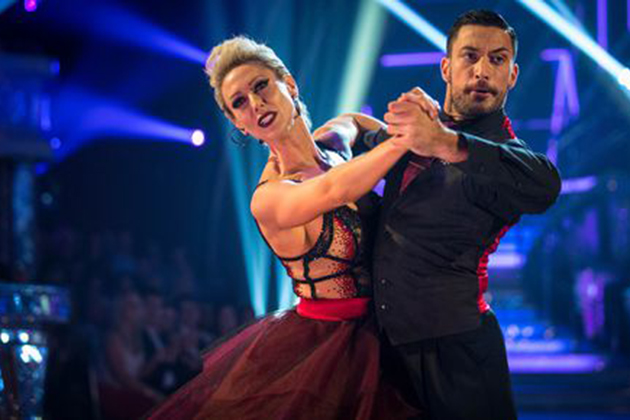 “They’re hoping they can put on a brave face for the final, but behind the scenes it’s incredibly volatile.”

It’s even been alleged that 28-year-old Giovanni’s blossoming friendship with fellow finalist Ashley Roberts could be adding to the tensions with Faye, 43, and Ashley’s dance partner Pasha Kovalev. Hmm…

It was recently reported that Giovanni and the Pussycat Dolls star have developed a close bond during their time on Strictly.

But last month 37-year-old Ashley insisted that they were “just friends” and that she was “focused on her dancing”.

Despite rumours of a rift, Giovanni recently shared a heartwarming tribute to his celebrity dance partner Faye, admitting he was “the most proud teacher and friend.”

Sharing a snap of the pair, he wrote, “We started this experience together 15 weeks ago.. I still remember the first day of training .. you were really shy.. not confident in your ability!!

“We have been working really hard every single week to try to deliver the best performances we could possibly do and now seeing you believe in yourself makes me possibly the most proud teacher and friend !! You are a true star.. @fayetozersmith ⭐️!!!”

Meanwhile, joining Faye and Giovanni and Ashley and Pasha in the final are Stacey Dooley and Kevin Clifton and Joe Sugg and Dianne Buswell.

On Saturday, each couple will perform two classic routines from the past 15 weeks – one chosen by themselves and the other chosen by the judges.

While the celebs will also perform a show dance in a bid to impress Shirley Ballas, Darcey Bussell, Bruno Tonioli and Craig Revel-Horwood one last time.