Scarlett Moffatt has confirmed that she’s split from her boyfriend Luke Crodden in a very emotional Facebook post.

The Gogglebox star set the record straight after the publication of interviews which discussed the relationship, which she’d conducted before the pair parted ways.Writing directly to her 235k followers, Scarlett, who celebrated her 27th birthday yesterday, revealed that Luke had made the final decision about the couple’s future.

‘I’m gonna have to write it because I feel a bit awkward as I’ve done some interviews about him being in my book that aren’t out for a while due to timings of the magazines…’ she explained.

“Me and Luke have finished due to a number of different things. It was Luke’s choice in the end but it’s because we both just see each other in more of a friendly way than a romantic way & we both respect and love each other enough to know we need to call it a day and not be one of those couples that’s off and on.” 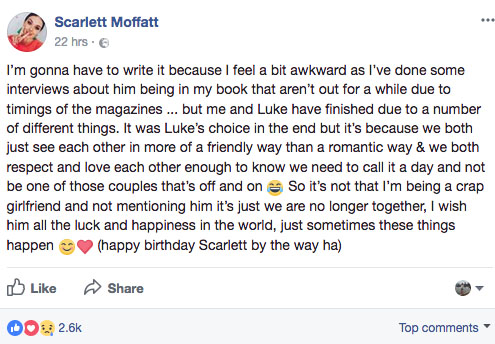 ‘So it’s not that I’m being a crap girlfriend and not mentioning him it’s just we are no longer together, I wish him all the luck and happiness in the world, just sometimes these things happen (happy birthday Scarlett by the way ha)’.

How sad is that? 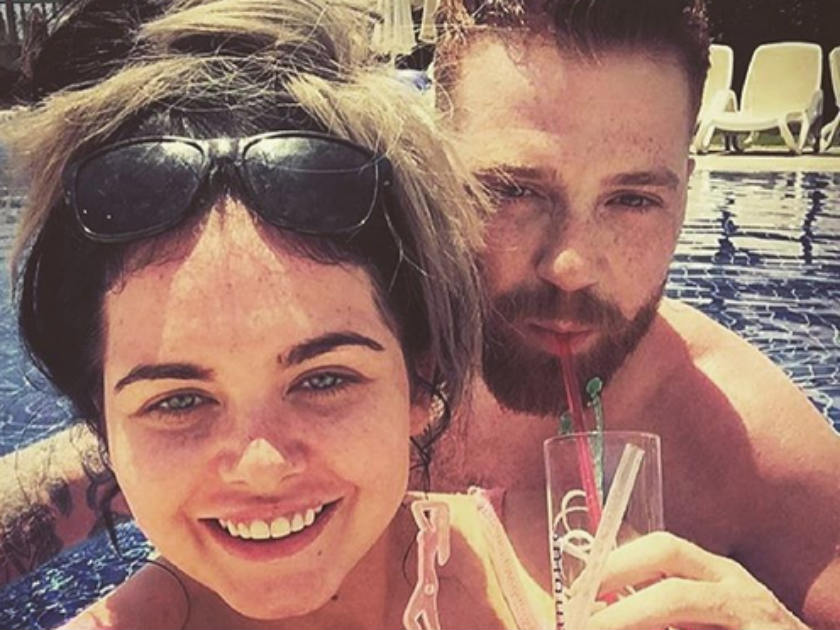 Speculation that Scarlett – who is currently promoting her book Me Life Story, Sofa, So Good! – and Luke had split began weeks ago, when the former Queen of the Jungle unfollowed her boyfriend on social media.
However, in a recent OK! magazine interview, Scarlett gushed about her life with Luke, admitting that he was her ‘best friend’.

Taken from our sister site, Good To Know. Words by Eleanor Jones.