Gregg Wallace has been impressing fans after revealing his incredible body transformation on Instagram over the past few months.

And the Masterchef judge proudly took to his social media account again this week to show off his toned physique.

In the photo – shared on his Instagram Stories – the 54-year-old can be seen posing in the mirror for a selfie while lifting up his t-shirt to give a glimpse of his ripped abs.

Taking a break from an intense workout in the gym, Gregg has a big smile on his face while also claiming he is now ‘under 13 stone’. 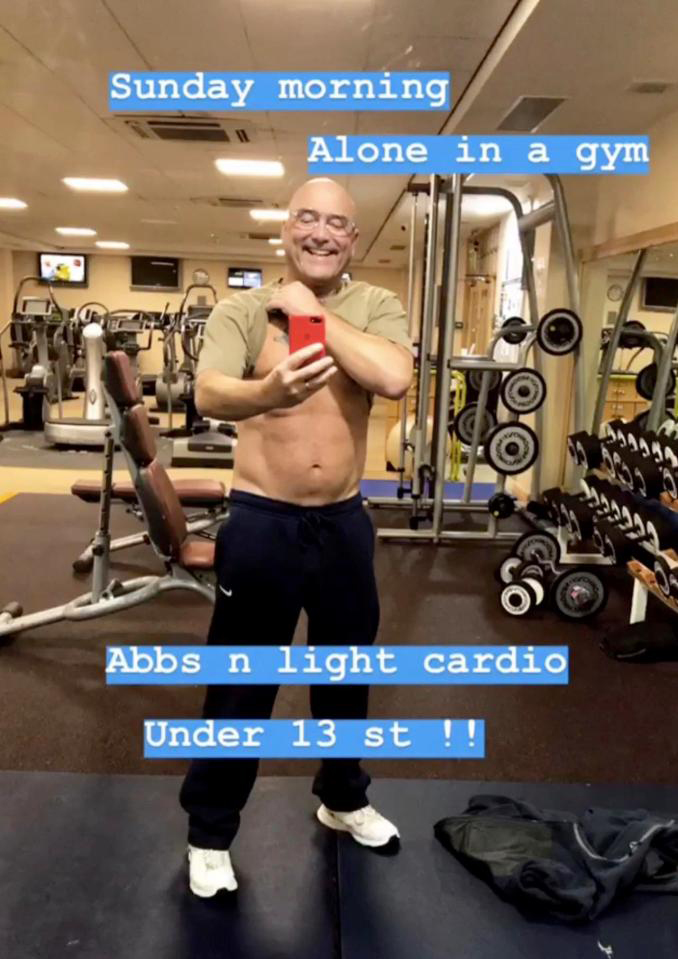 “Sunday morning alone in a gym,” he said, before adding, “Abs and light cardio, under 13 st.”

This isn’t the first time the telly star – who presents BBC One’s Masterchef along with best pal John Torode – has showed off his fitness transformation as he often poses shirtless online.

In October last year, Gregg took to Twitter with another photo this time of the rippling muscles in his back.

“Getting stronger and older,” he wrote alongside it.

Meanwhile, back in September the foodie revealed on Good Morning Britain that he’d managed to drop an impressive three stone after ditching processed foods and alcohol.

Explaining how he managed to slim down, the host confessed, “Let’s just say there are certain things you have to cut out.”

But those days are well and truly behind him, as he continued, “I reduced the booze, I’ve had to give up fry ups and I exercise more.”

And it looks like getting healthy isn’t the only big change for Gregg in 2019, as he recently revealed his wife Anne-Marie, 32, gave birth to their ‘miracle’ baby, a little boy named Sid.

A few months back, he posted a sweet snap of his pregnant wife and their unborn boy, simply writing, “Mrs Wallace & Sid x”