Things got very weird on This Morning today when hosts Phillip Schofield and Holly Willoughby tested out a whole host of cannabis-based products live on the show. 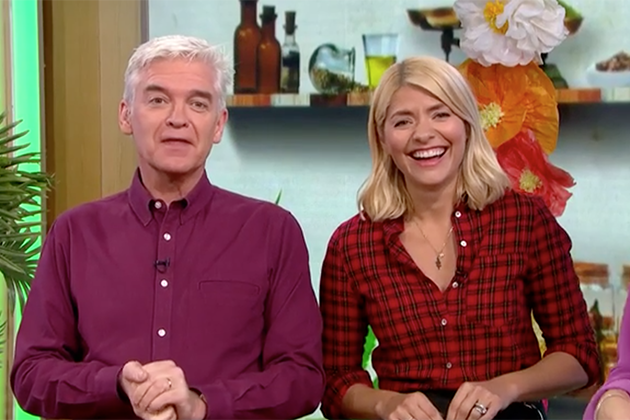 Since CBD – which is extracted from the flowers and buds of marijuana – has been legal in the UK, a huge amount of goods have come to market boasting to improve health.

And it was the telly presenters’ job to sift through the weird foods and drinks on offer to discuss the benefits CBD can have.

In the segment, Alice Beer showed Holly and Phil everything from beers to gummy bears – with the This Morning duo tucking into just about anything. Including a VERY questionable looking croissant… 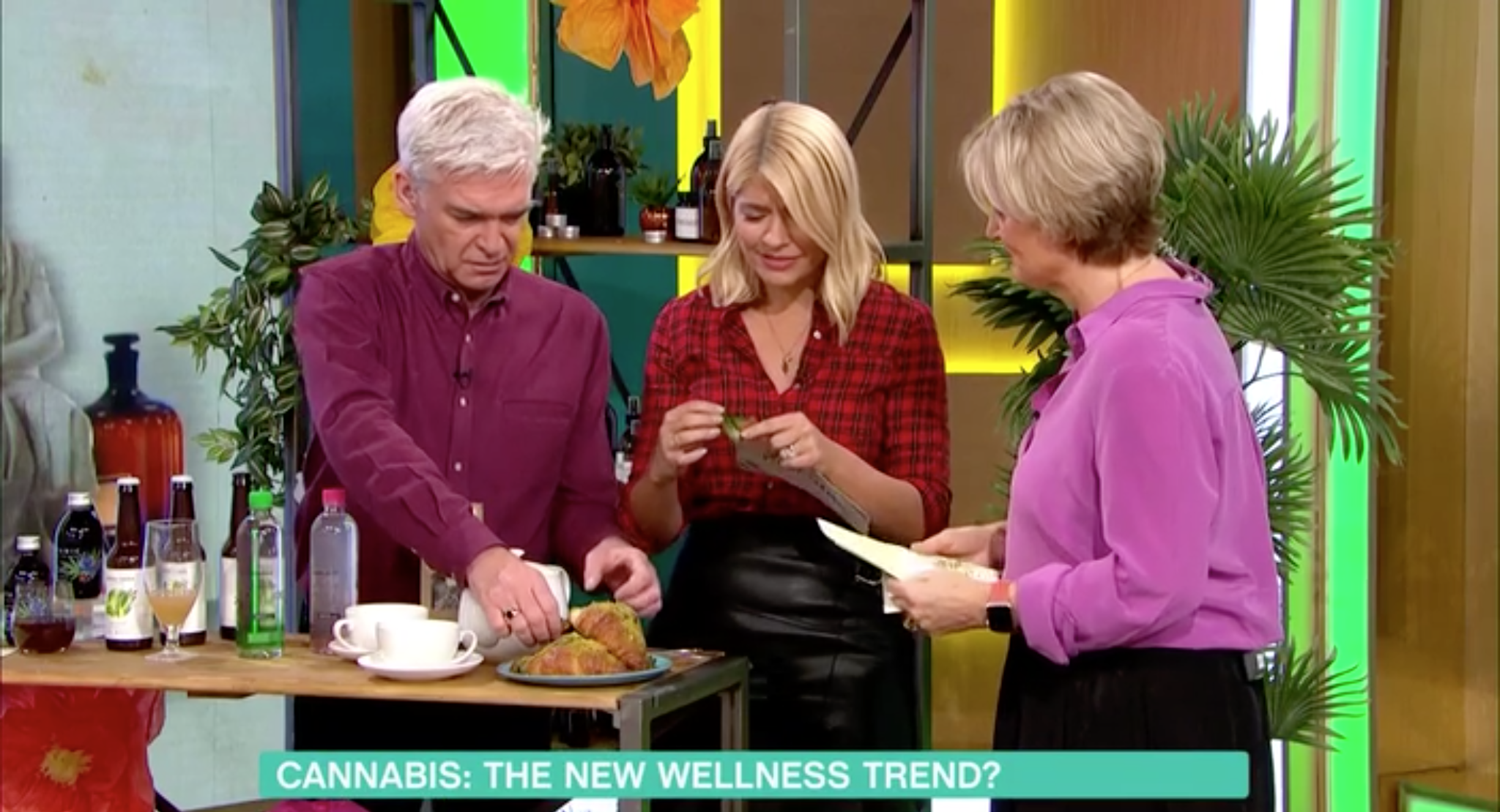 But after also chowing down on a CBD marshmallow, Alice went on to tell a story of how the treat had affected her the previous night.

“I came back, had another one and thought, ‘I have to get my head around this brief for tomorrow,’ and I just kind of, did it.”

Clearly worried about how much he’d eaten, Phil then joked, “I have a really, really busy afternoon.

“You said it was going to have no effect!”

Before adding, “And I’ve already had two of those [CBD gummy bears] in the break!”

As his co-host Holly, 37, fell into a fit of giggles, Alice told viewers, “It’s going to be a great afternoon if you’re working with Phillip Schofield.”

When she told him to have a “wonderful afternoon of work”, he replied, “I almost certainly will. Whatever, whatever!”

And fans of the show found the whole thing hilarious, with one writing, “@thismorning you should’ve done the CBD oil segment at the start of the show so we get to see @Schofe and @hollywills at the end to see the effects ”

While a second added, “@thismorning @Schofe @hollywills oh I can’t wait to see the end results of this #cbd trials.”

Elsewhere on the show, there was also a pretty bizarre segment on ‘laughing yoga’ where Holly and Phil were tasked with putting on their best fake giggles for a new form of exercise that releases endorphins to make you happy.