Emily MacDonagh has weighed in on the Duchess of Cambridge’s bump debate, following comments from royal followers who questioned the size of her baby bump.

Peter Andre’s wife has gone through two pregnancies, and she can clearly relate to the criticism expectant mum Kate Middleton has received over her ‘small’ bump. 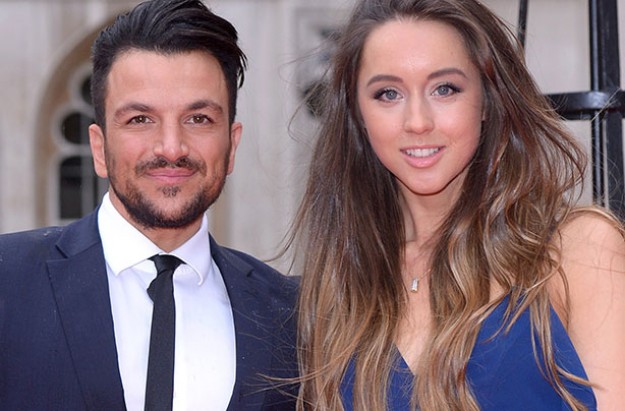 The mum-of-two took to her column for OK! magazine to praise Kate for looking ‘amazing’ despite having recently ill with severe morning sickness: “The Duchess of Cambridge made her first appearance since announcing she was pregnant with her third child last week.

“Despite suffering from hyperemesis gravidarum – extreme morning sickness, she still looked amazing and was absolutely glowing,” she wrote.

Emily also revealed she’s excited to see Kate’s bump grow and revealed she experienced similar criticism over her ‘small’ bump when she was pregnant with Theo.

‘I’m excited to watch her bump grow. I think we carry quite similarly; however, it’s hard to tell when I’ve only seen her in pictures!’, Emily wrote. ‘People always used to say how small my bump was, which I saw as more of an observation than a criticism. And actually with Theo, I was very tiny and my bump always measured small at my midwife checks.’

The mum confessed she was sometimes asked if she was ‘eating enough’, despite having a healthy pregnancy.

“Although I was occasionally asked if I was eating enough, most people do understand that every pregnancy is different! I was happy because, even though Theo was three weeks early, he was still a good size at 6lb 10oz, and he and Millie were both very healthy.”

Emily’s comments on Kate’s bump come after royal watchers said it was too small after pictures of her first public appearance since the pregnancy announcement emerged.

Some took to social media to write comments like ‘I thought she was pregnant!?’ and ‘Really, Is she pregnant?’

Kensington Palace have since confirmed Kate is due in April 2018, so the Duchess was still in the first trimester of her pregnancy at the time of the event.

FROM: GoodToKnow, our sister site. Written by Mariana Cerqueira