The actor – who plays Tyrone Dobbs on the ITV soap – opened up about going under the knife during a live Q&A session on Instagram.

Posting a photo of his hairline on the social media site, 36-year-old Alan confessed, “Off for transplant no2 tomorrow can’t wait. Hope you’re on good form @bessamfarjo.” 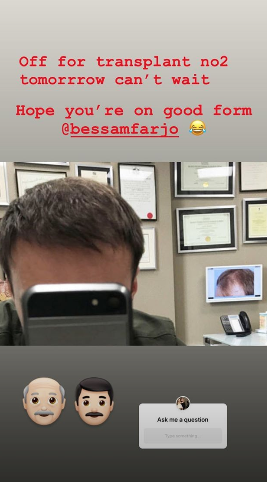 When one fan then asked him why he was getting the operation, the soap star candidly replied, “Why not? Since I had my first a few years ago I’ve spoken with so many men who have confidence issues etc because of their hair, maybe this will let some of them know they have options and people have it done all the time.”

Before adding, “It’s not something to be ashamed of.” 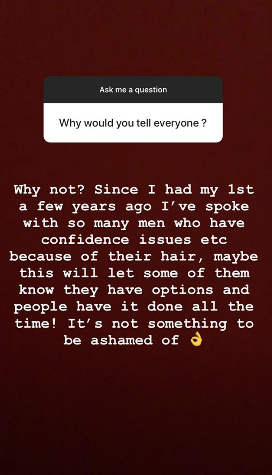 More followers then continued to ask him questions on the transplant, with one wondering whether it hurt the first time around.

“From what I remember of my first… no,” Alan replied. “Some discomfort afterwards but that’s all.”

Another Corrie fan then suggested he should go bald rather than have the op, to which he responded, “Maybe it would?? Thanks But I didn’t really want to and found a solution I’m much happier with.”

Alan revealed he had undergone his first a hair transplant back in 2016 after admitting he was self-conscious about his hairline.

Sharing a photo of his new do on Twitter, next to an old snap in the background, Alan previously wrote on Twitter, “Before and after in 1 pic.”

This comes after Alan shocked fans with his incredible body transformation following his split from wife Lucy-Jo Hudson last year.

After hitting the gym hard, the Corrie favourite shared a snap of himself topless in September showing off his trim new figure.