After giving birth in September, Christine Lampard has shared an adorable photo of her daughter Patricia.

The new mum – who welcomed her newborn with husband Frank Lampard – took to Instagram on Wednesday with a snap during their first baby massage class.

In the photo, her tot can be seen lying on a fluffy towel next to a baby doll.

“I’ve got a very contented little baby after our first baby massage class. Max the little training doll isn’t so sure,” she joked in the caption.

And it looks like fans love the sweet glimpse of two-month-old Patricia, as one wrote, “Aww my little boy loved his baby massage classes. Nice for mums too! Enjoy your other classes! 😘” 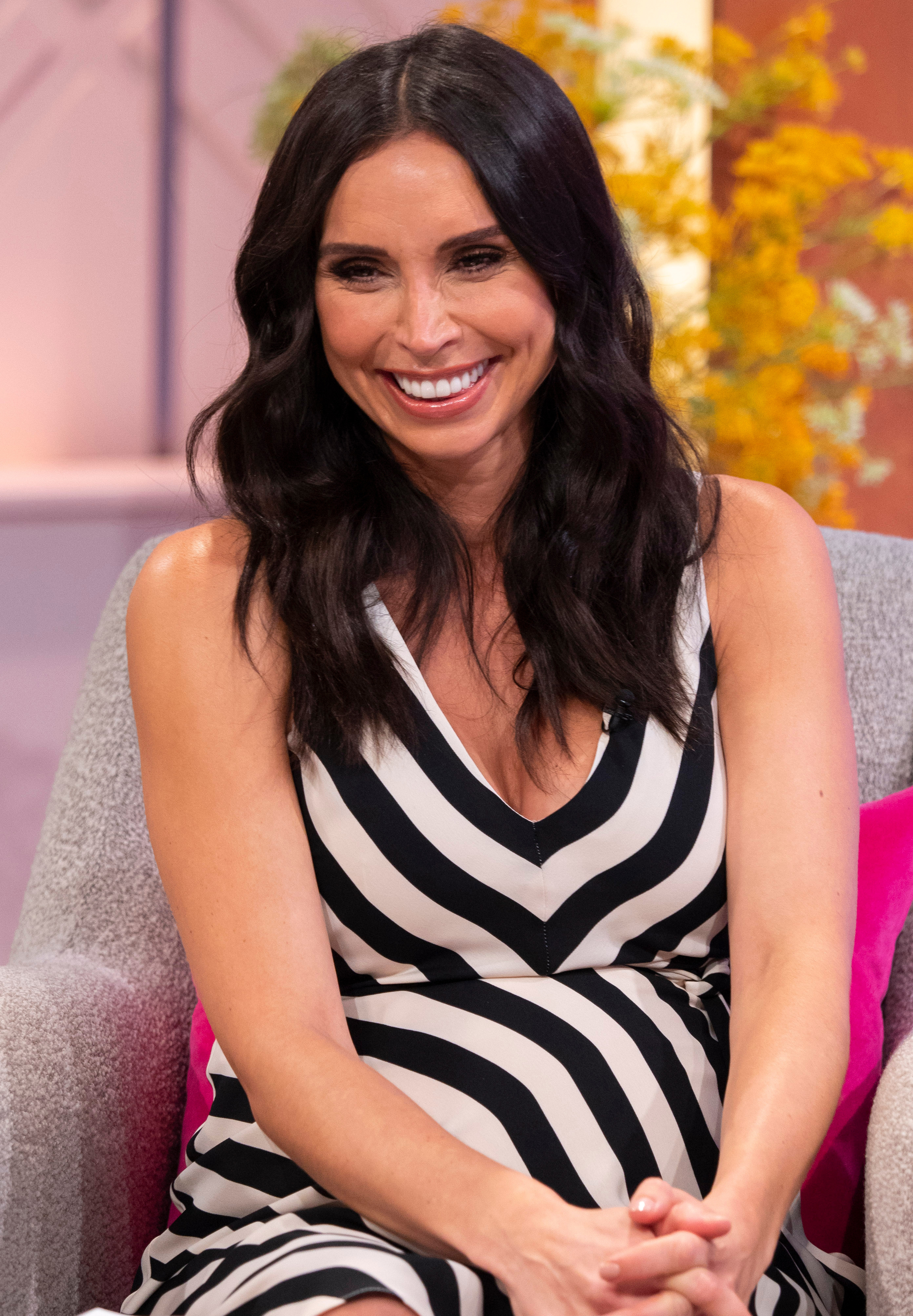 Christine and Frank have been married for three years after they started dating back in 2009.

The happy couple announced the news of their baby daughter’s birth to their huge combined 3.5 million social media followers on Friday, 21 September.

Sharing a sweet photo from hospital, the parents wrote, “Let us introduce you to our little girl. Patricia Charlotte Lampard! We’re so in love”.

The name was chosen as a sweet tribute to Frank’s late mum Patricia, who sadly died of pneumonia back in 2008.

Since giving birth, Loose Women star Christine has been keeping a fairly low profile and only made her first red carpet appearance in October.

The presenter attended the star-studded Legends Of Football charity event where hubby Frank was being honoured.

And Christine, 39, made sure all eyes were on her as she wore mid-length black dress which featured a scallop-trim around the shoulders and nipped in at the waist to show off her incredible post baby body.