Chris Evans has revealed a ‘life-changing’ tip that helped him to drop some excess weight – and it’s pretty unusual. 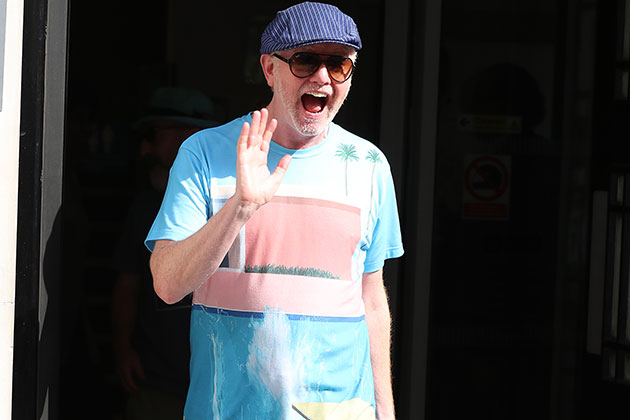 The radio presenter and TV host revealed that a weight loss ‘super tip’ has given him a new lease on life after he was told to stop drinking with his meals.

Chris admitted that he now avoids drinking any liquids during mealtimes, which has helped him slim down to a svelte 12 stone.

In fact, the 53-year-old revealed that he only consumes beverages 45 minutes before or after he eats.

“I’ve been doing this since Saturday and it has changed my life. Liquid, particularly water, interrupts your digestion,” he said.

Read More: This is the unexpected way Darcey Bussell’s Strictly Come Dancing exit was revealed to her co-stars

Adding, “45 minutes after a meal you really do want to drink, and if you eat four to five hours apart you drink right in the middle, and so that keeps you full. It helps your digestion and you lose weight.

“We encourage our kids to have a glass of water with dinner but that’s actually the wrong thing to do.”

The tip appears to be working for him as he admitted he’s already lost weight in just a few days thanks to his new diet plan.

However, it may not be enough to save his spot on Strictly Come Dancing, as Chris previously revealed that he’s suffered a ‘serious issue’ with his left knee.

Chris told listeners on his Virgin Radio Breakfast Show back in December that he was keep to sign up for the BBC One Dance show, however he admitted he has yet to sign a contract to appear.

During a chat with professional dancer Anton Du Beke, Chris said his knee problem could rule him out of the competition.

But the Strictly veteran assured Chris that his knee would not be an issue, “You’ve committed to it. Don’t worry about your left knee, I’ll lift you like I do with everyone else I’ve danced with, you’ll be the same!” he joked.