Read More: Coronation Street’s Brooke Vincent praised by fans as she shares ‘honest’ pregnancy photo after returning to the gym

And following the exciting news, Brooke took some time out with her pals as they enjoyed a spa day at the Raddison Hotel in Manchester yesterday.

Taking to Instagram, the telly star can be seen cradling her huge belly as she sat cross-legged beside the spa’s swimming pool wearing a pink costume. 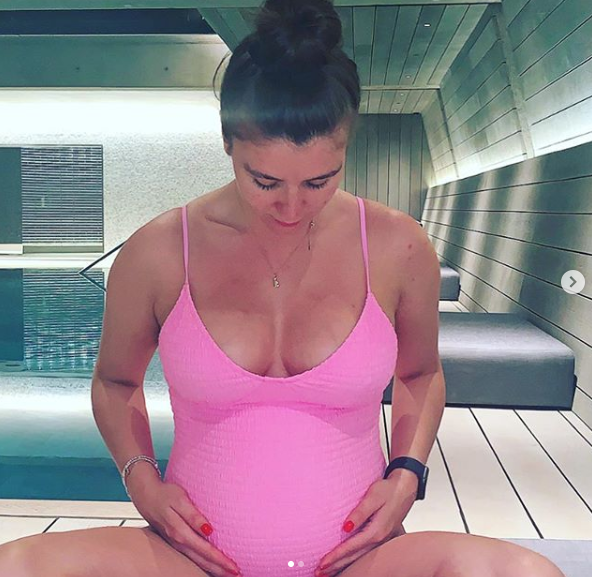 Another shot shows her laughing and holding her face, as she penned, “Instagram Vs Reality. I’ve had the best time with my girls at The Radisson Spa today for my friends birthday!

“My antenatal massage was my first and just AMAZING! After a week of sneezing and coughing it was just what the doctor ordered.” 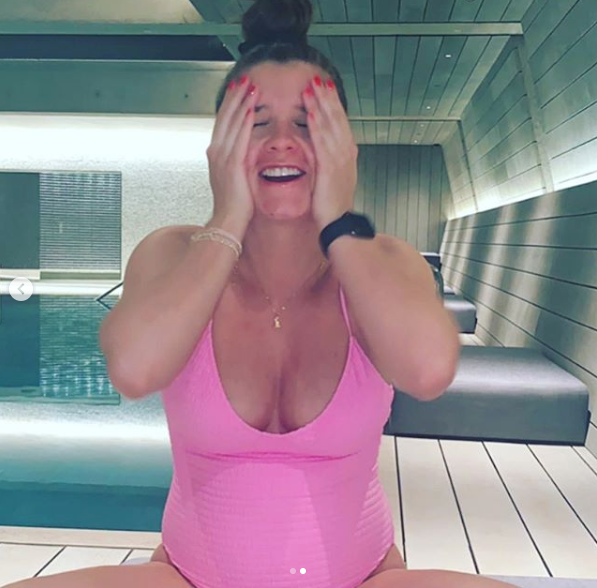 She then added, “The best bit? I didn’t have to breathe in once. Thank You @radissonbluedwardian for making it extra special for my friends. Until next time.”

Obviously, fans couldn’t wait to comment, with one writing, “Ohhh B you are glowing! You look amazing my girl 💛 x”

And another replied, “I can’t deal with these pics. So beautiful ❤️” 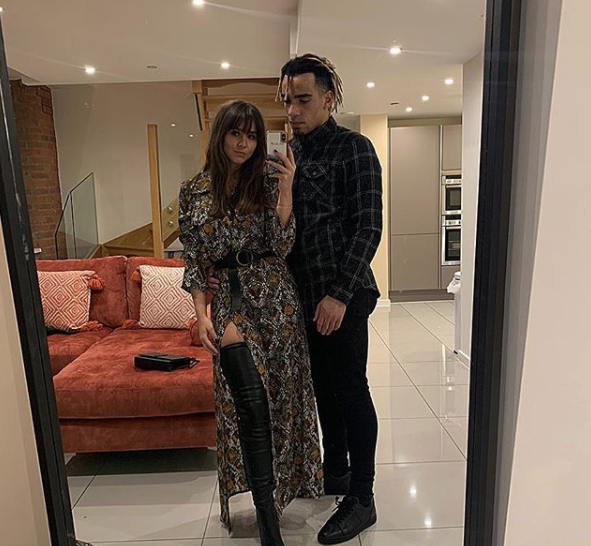 Brooke has played Sophie Webster in the ITV soap since 2004, but will be leaving the cobbles in the coming weeks as she heads on maternity leave.

This comes after the telly star shared a photo of her first time back in the gym for weeks.

Alongside the snap – which sees her on an exercise bike in a pair of colourful leggings – Brooke revealed she was feeling better than ever after getting back to exercise. 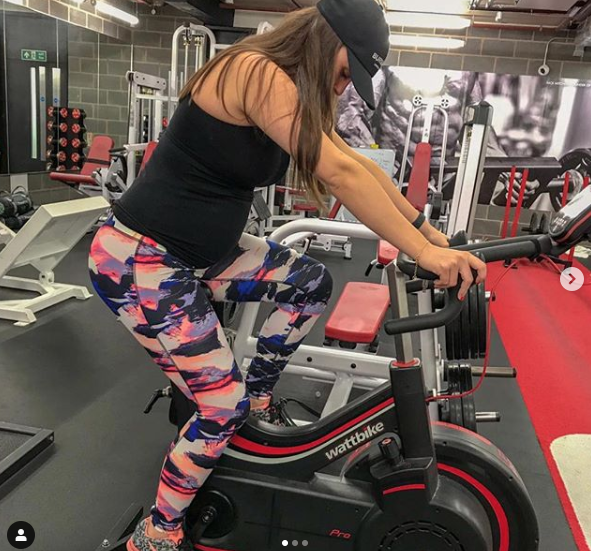 “Pregnancy fitness I have found so enjoyable and to be honest I’m glad I made the decision to go back,” she said.

“I understand in 9 months my body is going to change and I am going to gain weight as my baby grows.”

Before adding, “I want to stress I am not looking for visual results, I wanted to go back to start feeling good about myself and catching up on them endorphins I’ve been missing these past few weeks, yet most importantly wanted to be the healthiest I can be whilst carrying my baby.”