The 15th series of Strictly Come Dancing is set to grace our screens this Saturday. As excitement builds fans of the show will be eager to find out who their favourite celebrity has been partnered with.

But for some viewers the surprise might have already been ruined. Ahead of the launch, the BBC press office have called out The Sun for spoiling the show for viewers as they broke a Strictly embargo.

The statement posted on Twitter said: “We are disappointed that The Sun broke the Strictly embargo regarding celebrity pairings. It spoils it for everyone involved especially viewers looking forward to watching the launch show on Saturday night.”

The news organisation published a story online that speculated whether EastEnders actor Davood Ghadami would be struck by the Strictly curse. 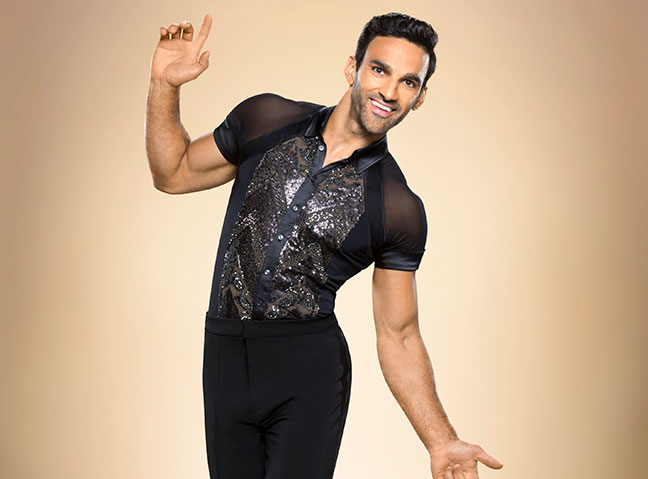 (Davood is perhaps better known as Kush Kazemi from EastEnders)

The Sun revealed that Davood would be partnered with professional dancer Nadiya Bychkova. They speculated that Davood’s wife, Isobel of seven years, might be concerned as Nadiya is Playboy Playmate who has posed naked for the magazine.

A source told the paper: “Everyone has been teasing Davood that he’s bagged the dancer everyone else wanted. Nadiya is drop-dead gorgeous. Who wouldn’t want to dance with her. She’s also a top, top dancer having been world champion twice.”

Davood and Isobel have two daughters together and live in Essex. Nadiya lives with her footballer boyfriend Matija Skarabot and their daughter.

While there is of course no definite truth behind a Strictly curse existing, it is thought to be something that concerns contestants’ loved ones.

Eamonn Holmes spoke about his worries over the Strictly curse shortly after it was announced that his wife, Ruth Langsford, was part of this year’s line-up. It has also been suggested that Strictlycould have played a role on Louise and Jamie Redknapp’s split. Emma Willis has openly said she would not want her husband to do the show for this reason.

Thankfully none of the other pairings have been released – and we only have one more sleep to wait!

FROM: Our sister site, Woman & Home.