The star revealed another new inking this week…

Brooklyn Beckham is definitely following in his dad, David Beckham‘s footsteps considering he pretty much ran to a tattoo parlour as soon as he turned 18.

But his latest inking might just be the cutest yet, as the teen showed off his very personal new body art on Wednesday.

Taking to Instagram with a moody black and white shot, the aspiring photographer unveiled the tiny design on his upper arm which reads: ’02 05 11.’

And while some of the star’s 10.6 millions followers were left a little confused by the numbers, a few eagle-eyed fans were quick to point out that the dates appear to represent the birth years of his three younger siblings – Romeo, 15, Cruz, 12, and Harper, six.

Pretty sweet, right? And with Brooklyn currently studying at University in New York, maybe he’s missing his family back home! 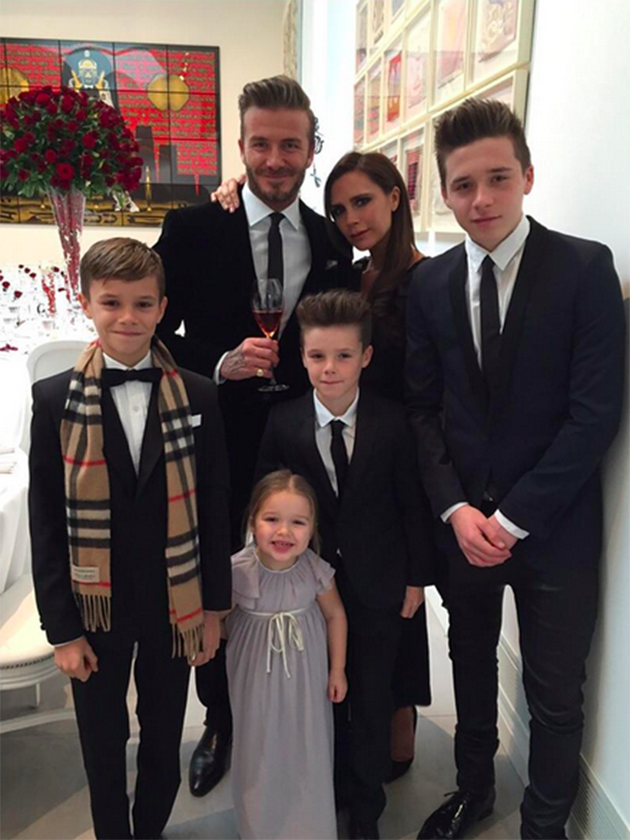 Brooklyn got his first tattoo in April this year, but he’s since added a fair few more designs to his body, including ‘Mama’s Boy’ written on his chest in honour of his fashion designer mum Victoria Beckham.

Taking to social media, 18-year-old Brooklyn revealed the huge tatt on his torso which includes an intricate picture of cupid holding a bow and arrow.

And considering Brooklyn is VERY loved-up with girlfriend Chloe Grace Moretz right now, it’s got fans wondering whether the artwork could be a romantic tribute to his other half.

The pair have been pretty smitten since rekindling their relationship in August and have been sharing a load of sweet selfies together ever since. AW!

Well, with tattoos seemingly dedicated to his siblings, mum and girlfriend – we’re just waiting for Brooklyn to get a life-sized portrait of his dad on his back…

FROM: CelebsNow, our sister site. Words by Naomi Bartram.